Due to the extension of the traditional ice hockey season (due to the resumption of games being permitted in February by NYS), the Iceplex Ball Hockey League will not be offering a spring or summer season in 2021.  Ice hockey seasons have been extended into May, and during the summer months, many improvement projects will be taking place at the Iceplex, which has created a shortage of available floor time to host this league.  We apologize for any inconvenience this causes our valued players, and intend to once again offer this league in the Spring of 2022.

Street Hockey for Adults... Minus the Traffic!

Ball hockey is a form of ice hockey, except it is played on a dry floor and in sneakers.  Anyone can play because knowing how to ice skate is not a requirement!  The Iceplex Adult Hockey League (IAHL) offers ball hockey each spring/summer when we take the ice out of our feature arena.  Games are played in a cross-ice format (east/west) and utilize cross-ice playing boards.  Two games take place at once at each end of the rink, while the center acts as a 'party deck' where players and friends are able to hang out, socialize, eat and drink.  It is lots of fun and a great workout too.

Don't have a team but want to play?  We accept FREE AGENT registrations and will place these players on teams that need assistance filling out their rosters.  If you would like to sign up as a free agent, simply check-off that box when signing up. 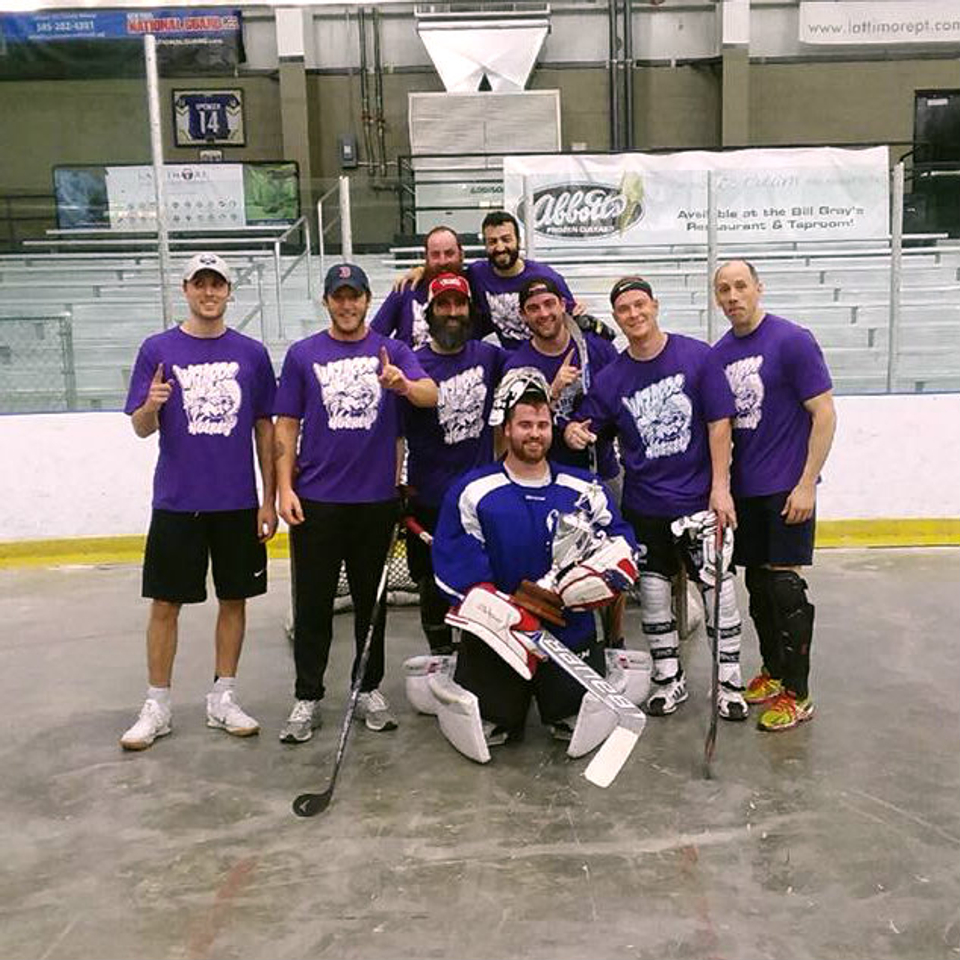